Initially created to provide relief for student loan borrowers who chose careers in the public sector, the Public Service Loan Forgiveness (PSLF) program seemed like an incredible opportunity for those who wanted to serve their communities. But the program faced backlash in 2017, when the first class of eligible borrowers began applying for loan forgiveness — 98 percent of borrowers reported that their applications had been denied, despite having met the required ten years of service and corresponding loan payments.

The reasons ranged from non-qualifying loan types or repayment plans, payments that were off by as little as two cents or late by even one day, employment certifications with incorrect dates or mismatched signatures, and a variety of other technicalities that left hundreds of thousands of borrowers feeling frustrated and misled.

The U.S. Department of Education did little to remedy the situation, though educators were one of the largest groups impacted by the confusing and often laborious process of loan forgiveness through the program. In 2020, the Department’s change in leadership gave educators hope that the promised student debt relief would finally be within reach, and they seized the opportunity to mobilize.

In the past two years, hundreds of thousands of educators have made phone calls, sent letters and emails, and testified before state and federal lawmakers to share their experiences with the failed PSLF program. More than 48,000 NEA members sent emails to newly-appointed Education Secretary Miguel Cardona between August and September of this year alone. In October, the Biden-Harris administration announced that a host of changes would be made to the program in order to make it more accessible to qualified borrowers.

Improvements that will make an immediate impact for educators:

These changes have already impacted tens of thousands of borrowers, who have immediately qualified for student loan forgiveness. Over half a million more are now on track to have their loans forgiven.

To learn more about the PSLF program overhaul, visit https://www.ed.gov/news/press-releases/fact-sheet-public-service-loan-forgiveness-pslf-program-overhaul. 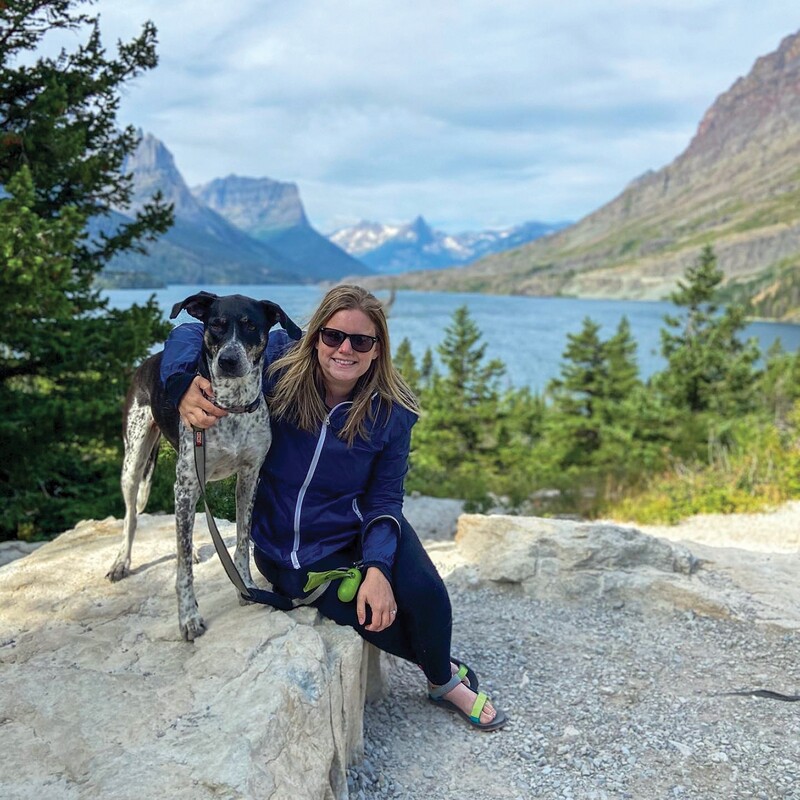 OEA Member Kristy Fouts worked extensively with Congresswoman Bonamici on the process of having her student loans forgiven.

When PSLF Persistence Pays Off

It took over two years of phone calls, diligent note-taking, research, and finally the help of a Congresswoman to get Kristen Fouts’ student loans forgiven through the Public Service Loan Forgiveness program.

Fouts heard about PSLF when it was first created, and of course, she wanted to take advantage of it. She made sure to verify that she was on the correct payment plan for the whole 10 years and turned in her certification paperwork annually. Fouts was in the first group of eligible borrowers in 2017. Since she knew that a lot of people would be applying at the same time, she started working on her application a bit early to be proactive. That’s when the problems began.

Five years earlier, her loans had been sold to a different loan servicer. She was told by several support agents that this meant that she only had five years of qualifying payments counted toward forgiveness. Even though she had her own records of all ten years of payments, her loan servicer would not accept them. Fouts spent months making phone calls, emailing, and advocating to get the problems resolved. But the headache wasn’t over yet.

Fouts was then told that the repayment plan she was on did not qualify for PSLF, even though the writing in the contract listed her plan as a qualifying program. The misinformation she encountered during this process was really baffling. “Many of the service representatives knew very little about this program, or they were giving incorrect information that conflicted with what was written on their own company’s website. One representative even shared that their employees had not been receiving adequate training on the PSLF program,” Fouts said.

She had hit a wall. Every phone call ended in someone telling her to just move on, that she didn’t qualify, and wouldn’t be able to receive debt relief. She knew that simply wasn't true, and she wasn’t backing down. That's when she started reaching out to her federal representatives in Congress.

Thankfully, Congresswoman Suzanne Bonamici took notice of her case. Fouts worked closely with Bonamici's aides, who were able to put in a records request on Fouts' behalf. It was like magic. All of the months of phone calls, keeping detailed records of conversations, and calling different federal offices to get help had landed her nowhere. But the records of her sold loans were “miraculously” found as soon as Congresswoman Bonamici’s office requested the information. For the first time, Fouts felt hope.

Finally, after years of advocating for herself and getting support from Congresswoman Bonamici, she was able to get her loans forgiven in 2019. It was absolutely life-changing to feel the weight of that debt taken from her: “I am so grateful to have my loans forgiven. At the same time, I know that the process should not have been this hard. There were so many barriers that could have kept me from succeeding in this. The process was a nightmare," she says.

Fouts is hopeful that the recent changes in the PSLF program will keep other people from having to go through the difficult experience that she went through to get the loan forgiveness that they were promised.