As she steps away from the Oregon Legislature, Rep. Margaret Doherty ends a long career of pro-union and pro-education advocacy.

Thanks to a political groundswell of up-and-coming progressive women who decided to run for office this year, for the first time ever, there are more women serving in the Oregon State House of Representatives in the 2021 Legislative Session than there are men. It’s an inspiring mark of progress toward gender equity in our state government. And yet, the foundation underscoring this moment was laid long before many of these newly elected women took office. For some, the groundwork was set by women legislators who’ve since left office but whose impact remain ever-present in the halls of the Capitol.

Oregonians undeniably owe some of this progress to the firey redheaded teacher and labor advocate from Tigard — Margaret Doherty, who ended her tenure as HD 35 Representative in December of 2020. During her 10-years of service in the Legislature, Doherty fought the good fight to ensure women — particularly those working in education – had a seat at the proverbial table when it came to education policy and legislation. As a teacher and OEA member, she knew the importance of ensuring educators' voices were heard. Her career in public service and education was extensive, taking her from the classroom, to the bargaining table as a union representative, to the Capitol floor as a State Representative. Through it all, she carried a unique blend of humor and tenacity, an ear always bent to the stories shared by the educators and OEA members she was so proud to represent. 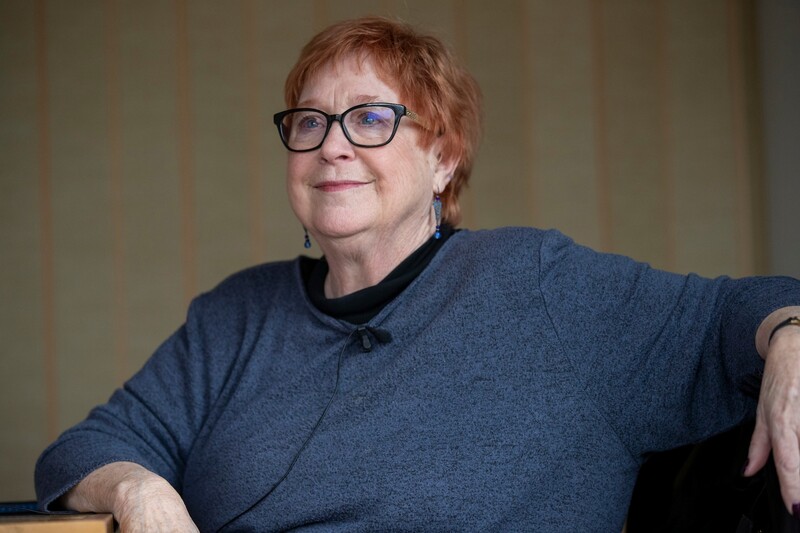 In prophetic fashion, Margaret Doherty graduated with her teaching degree in 1973, the same year collective bargaining became law in Oregon. She was first hired as a substitute teacher in Beaverton — but after being asked to cross a picket line and refusing — she found her permanent post at Milwaukie High School, where she taught speech and debate. As a new teacher, she dove headfirst — almost literally – into union work.

“I’d come out of Portland State University as an anti-war activist. During my first week of teaching, the President of the North Clackamas Education Association asked me if I’d like to serve as a Building Rep. And I say, ‘well what do they do?’ And I was told they fight management, and I said, ‘I can do that.’ I didn’t realize until a year or so later that they had a thing called a probationary period, and I was in it that whole time – while I was taking grievances into my Principal,” Doherty remembers.

As a new teacher, she began cutting her teeth in politics, serving on OEA’s Legislative Advisory Council and the OEA-PAC (then called OEA-PIE Board). Doherty wasn’t shy about making the ask — she’d get on the school loudspeaker two minutes after the bell rang at the end of the day, urging her members to chip in $5 to help defeat anti-education ballot measures. By 1983, at age 31, she’d been elected President of the North Clackamas Education Association and was offered a leave of absence to help fight the ballot measure that would later be known as Ballot Measure 5. Soon after, she was offered a six-month internship with OEA to learn the ropes of being a union representative, or UniServ Consultant, as the position was titled.

“My district wouldn’t give me a leave of absence, so I had to quit. The worst day of my life was the day I had to quit teaching – but it was also one of the better ones, too. Teaching is a phenomenal profession, but it is so constricting.” Doherty admits. Yet it wasn’t the tight schedule or the long nights of grading papers that finally pushed her into a new career path. “After ten-plus years of teaching, one of my students looked at me and said, ‘you don’t smile as much as you used to.’ And it was then that I realized – maybe it was time to go.” 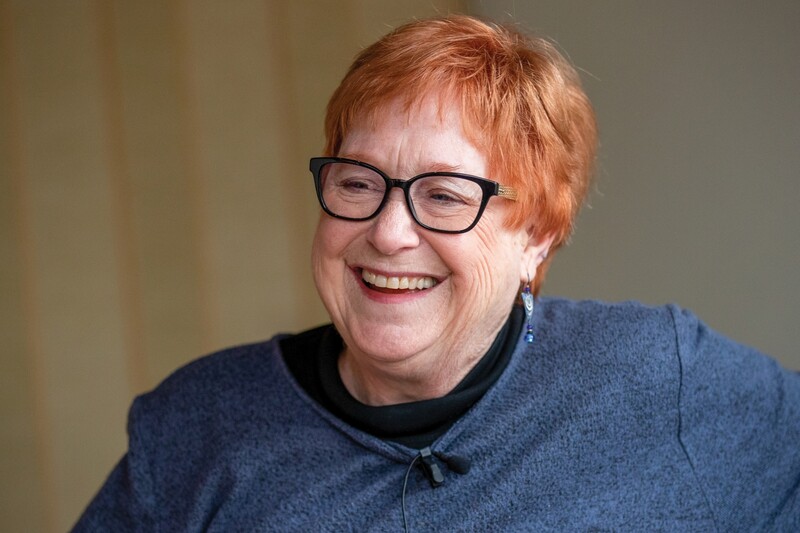 When she joined the Oregon Education Association as a UniServ Consultant in 1984, Doherty was assigned to organize a new bargaining unit of classified employees for OEA. From her first successfully negotiated contract in the Bethel School District, up to Lebanon, down to Southern Oregon, and over to the coast – a new faction of classified employees began joining the union, thanks to Doherty and her colleague, Mike Carter. The transition from teaching to the bargaining table wasn’t a big shock to the system. “The issues were the same – everyone needed and wanted good representation. They wanted a strong contract. It's just that their job was a little bit different. I wasn't used to hanging around a bus barn all day," she says.

Her 25-year career with OEA took her to every corner of the state, working with educators in every professional capacity. From organizing ESP units in Bethel, to representing teachers in Washington County, to bargaining contracts for rural educators outside of The Dalles, Doherty probably saw it all. Some of the stories of that time she says are definitely not fit for print. But, in all of the bargaining she did, she never once had a local go out on strike. “We came close, but I tried to keep good relationships with school administrators,” she says.

“People don't realize what an unthankful job being in education is. I understood the struggle. When I started teaching, I was making just $8,100 bucks a year. I made more money checking groceries part-time than I did teaching full-time. So, if you can go in and get better working conditions, if you can get better salaries – it makes it worth it,” Doherty says.

She held the post of UniServ Consultant when there were few other women working in labor negotiations. “There were women working in communications… but in fieldwork? Not so much. So we just had to be a little bit tougher, a little bit sneakier. We got stuff done. But there was more than once that I was only woman in the room,” she says.

When she sat down with a member who was having performance issues, she always started with the same basic question: do you love going to work every morning? “If they said ‘no, I really hate it,’ then I would say, ‘you better find another job, because you have to love going to school every day. That’s the kind of profession we’re in.'” She learned quickly that there was a lot of counseling involved in grievance work, and representing members required a raw honesty and a heavy dose of humor.

What made her successful at it? “Well, I’m 100 percent Irish, to start. And when you’re Irish, you have the ability to tell somebody to go to Hell and have them look forward to the trip. And I’m really good at that,” she laughs.

“Margaret Doherty and I were sworn into the Legislature on the same day and I immediately found a friend. We shared an Irish heritage and for a good while sat next to each other on the floor of the House. Margaret is funny, smart and most importantly, 100 percent committed to fighting for working people.”

On to the Capitol

By 2006, Doherty was ready to retire from OEA. But, her career in public service was far from over. She took a quick reprieve and went to floral design school, soon opening up her own florist business. And then her neighbor – Larry Galizio, who served as a member of the Oregon House of Representatives from 2004 to 2009 — announced he was stepping down from HD 35 and asked Doherty if she would be interested in an appointment to the Legislature.

“I thought about it – and knew I had the time to do it. I could afford to do it. And most importantly, I had the education and union background that was, at the time, lacking [in the Legislature]. I knew it was a good fit,” Doherty says. She had to run her first re-election campaign in November of 2010, but without any Republican challengers in a highly Democratic district, her win was decisive.

As a Legislator, Doherty was known for all of the same attributes that made her a good teacher and a strong UniServ consultant – a quick wit, a warm smile, sharp thinking, and an unflinching commitment to public education.

“It was such a breath of fresh air when Margaret entered the Legislature in 2009," remembers State Senator Michael Dembrow. “Bringing her real-world experience as a teacher into the building was a relief. Bringing her real-world experience as a union organizer and negotiator was equally valuable—she knew how to build coalitions, build relationships, build support, negotiate stubbornly and strategically for the good of her members. On the gloomiest of days on the House floor, Margaret’s quick smile, even quicker jokes and sharp wit unfailingly kept us going."

As she looks back at her time in office, she’s proudest of her work on school nutrition programs. She had three bills that were encompassed in the 2019 passage of the Student Success Act, including the statewide free lunch program and the “Breakfast After the Bell” program, which allows districts with more than 70 percent of students on free-and-reduced-price lunch programs to serve breakfast after class begins. She served as House Education Committee Chair beginning in the 2015 Legislative session up through her retirement in December of 2020.

Notably, Doherty was also responsible for the life-saving decriminalization of Minor in Possession offenses. “I got a call from a constituent, whose son had been underage drinking while in college and was going into alcohol shock. His friends had been afraid to call 911 for fear of being under 21. And as a result, he ended up dying,” Doherty says. Now, thanks to her advocacy on the issue, “if you’re underage drinking, and you do the right thing and call somebody for help, you won’t get an MIP. This can really save a lot of lives.”

In January of 2020, after 10 years of service, Doherty made the bittersweet decision not to run for reelection. In her statement at the time, she said “I think the time is right for me to step aside, allowing someone else to serve this incredible community.” She had no idea last January that the world would shift so dramatically in the months to follow. From a global pandemic that would close the Capitol doors in Salem, to a national assault on the United States Capitol – the 70-year-old Doherty is grateful to be resuming a quieter life at her home in Tigard this year.

She trusts the newly elected legislators (as well as her longtime Democratic colleagues) in the House to take up the pro-public education mantle that she’s left but says there’s always space for more educators to find their place in state government. Offering some parting words of wisdom, she says: “It’s absolutely critical to keep educators’ voices front and center... to put people with classroom experience into office.”