Tribal History in Schools at Last

Decades of hard work by grassroots activists, native educators, state agencies, tribes, and legislators is paying off with the long awaited introduction of a Native American curriculum into Oregon’s schools this year. Senate Bill 13, also known as Tribal History / Shared History, directs the Oregon Department of Education (ODE) to create a K-12 curriculum focused on educating students about federally recognized tribes in Oregon.

“This is Oregon’s history, and it’s important for all our students to learn, but it will be especially amazing for our native students to finally see themselves reflected in the classroom in ways that acknowledge their tribe’s history and current contributions to society,” says Angie Morrill, Program Director for Title VI Indian Education at Portland Public Schools (PPS).

Morrill, a member of the Klamath Tribe, grew up in Portland in the 1980s and attended Jefferson High School. The Klamath Tribe was terminated with the federal Indian policies of the 1950s and wasn’t restored until 1986 — which means she essentially grew up as a member of a tribe that, by federal standards, didn’t exist.

“When I was in school, there was no framework to understand the tribes in Oregon. I would go to the library and all I could find was history about the Klamaths and Modocs, and a war that happened in 1872,” she says. “It was like we didn’t exist, like we were walking ghosts.”

When Morrill was 21, the Klamath tribe was restored. Because she didn’t learn about her tribe’s history in school, all she had were family stories until she pursued her PhD in ethnic studies.

That will all change for Oregon’s current and future students.

The wood-carving of a Plains Indian chief with a feathered headdress, situated at the school’s entrance and aging in Oregon’s elements, told me everything I needed to know the moment I drove up to the school.

I decided to give the school the benefit of the doubt.

I joined them in efforts to share multicultural literature, as the hiring principal requested, yet I had no idea what was in store. That year, the resistance I received from the student body about Native American literature and cultural clips suffocated any hope that I could make a difference. No matter how hard I tried, students shared rude commentary with no shame, and peers laughed in support.

I had to teach the required text I Heard The Owl Call My Name, which they considered an indigenous text, despite it being written by a white woman. It was a nightmare sharing secondary sources from actual Native Americans. The students never shied away from sharing their bigotry. These students loved their Indian mascot, so my supplementary materials on indigenious history irritated them profusely. It was all too much, too overwhelming. Students fought me with every new resource in order to return to their comfort zone, rather than working through their discomfort. I learned a lot about Oregon from this small town high school, so close to Portland, but so far from reality.

Oregon needed Senate Bill 13 (SB13), now known as Tribal History/Shared History, decades ago. Thankfully, we no longer have to wait. Oregon’s nine federally recognized tribes of Oregon worked long and hard to ensure that our Oregon students will receive an accurate and authentic education that covers the Native American experience in Oregon, including tribal history, sovereignty issues, culture, socioeconomic experiences, and more.

Implementation of SB13 begins January 2020 with nine essential understandings, which lay the foundation for Oregon students to learn about local Native Americans who survived atrocities while maintaining their strength, resilience, beauty and determination.
As an Indigenous educator of 21 years, it is a huge relief to see our state head in this direction. This summer, I attended OEA’s Committee on Racial Equity (CORE) Pre-Conference on Tribal History/Shared History to learn about SB13. I was blown away at the presentation by Dr. Leilani Sabzalian, an Assistant Professor of Indigenous Studies in Education at the University of Oregon. Staff from ODE’s Indian Education Office, Education Northwest and OEA also shared information and resources about how the Essential Understandings can be used in the classroom. I left the training no longer feeling lost in doing this crucial work, and the lesson plans the tribes have offered so far are impressive.

As I begin my first year of teaching middle school humanities, my students will not only learn the canon curriculum, they will also identify the nine federally recognized tribes of Oregon and learn these “Essential Understandings” of Native Americans in Oregon. Here are a few of my takeaways on each Essential Understanding, and how I plan to introduce them to my students.

Essential Understanding 1: Since Time Immemorial is important because public education has influenced students to believe that Native American history did not begin until the colonizers came. Most tribes rely on oral historical accounts; therefore, videos and guest speakers will be a valued resource.

Essential Understanding 2: Sovereignty will show students that indigenous functioned on their own authority pre-colonization and still have sovereignty as tribes interact with counties, states, federal government and other tribes.

Essential Understanding 3: History is going to be exciting as the nine tribes have collected and are willing to share fascinating stories that are unique. There are examples of curriculum on the Senate Bill 13: Tribal History/Shared History site. Some lesson plans have been developed with more to come. It is such a relief because we know the resources are authentic and are approved by regional tribes. Our children need to know about all the steps our state took to coerce assimilation when annihilation failed — and these lesson plans will center the voices of Native Americans, moving away from teaching about Indigenous people to learning from Indigenous voices.

Essential Understanding 4: Tribal Government will finally show students how laws are created, passed and enforced to preserve tribal strength, sovereignty and safety. It should be studied with the same importance given to other government practices. History classes rarely go into depth about tribal law. Students learn about states rights and the federal government, but the third type of government practiced in the United States rarely, if ever, shows up adequately in class. Absence of recognition, alone, gives students the message that it either does not exist or does not matter.

Essential Understanding 5: Identity will show that indigenous people are not one dimensional. There is no umbrella term to easily define what is a Native American. In the face of a society that tries to determine “Indianness” by blood quantum, appearances, practices and beliefs, teaching that Native Americans are too diverse to be simply summed up is pivotal.

Essential Understanding 6: Lifeways will ensure that the traditions, language and culture of Oregon’s indigenous people will be just as important as the experiences of other cultures featured in class. Preconceived notions will minimize as students gain the knowledge to understand that Native Americans are not ghosts and are very much alive, contributing to all facets of American life.

Essential Understanding 7: Language will finally open doors for students to learn from regional native speakers without state certification standards keeping indigenous educators from the classroom. As students have the opportunity to learn Spanish, French and German, options for indigenous language courses will become available. Considering schools were the leading cause in destroying all indigenous languages, this is a solid beginning towards restoration.

Essential Understanding 8: Treaties with the United States will finally shed light on the deception and dispossession indigenous people have endured to exist as a sovereign nation. As America has intimidated and forced agreements upon Native Americans, students will learn the importance of social justice.

Essential Understanding 9: Genocide, Federal Policy and Laws will show the other side of the American Dream that required the Discovery Doctrine, Manifest Destiny, massacres and forced relocations to create America. They will learn of the loss and brutality that happened.

With the same intensity used to teach democracy and imperialism, Oregon’s tribal history can be given the same attention. Public education perpetuated racism towards Native Americans as they stole indigenous children to coerce assimilation in residential schools that practiced “Kill the Indian, and save the man.”
It only makes sense that the very institution that played a part in tearing down Native Americans amends their past actions with the Essential Understandings that will give educators honest teaching materials to begin Oregon’s healing. 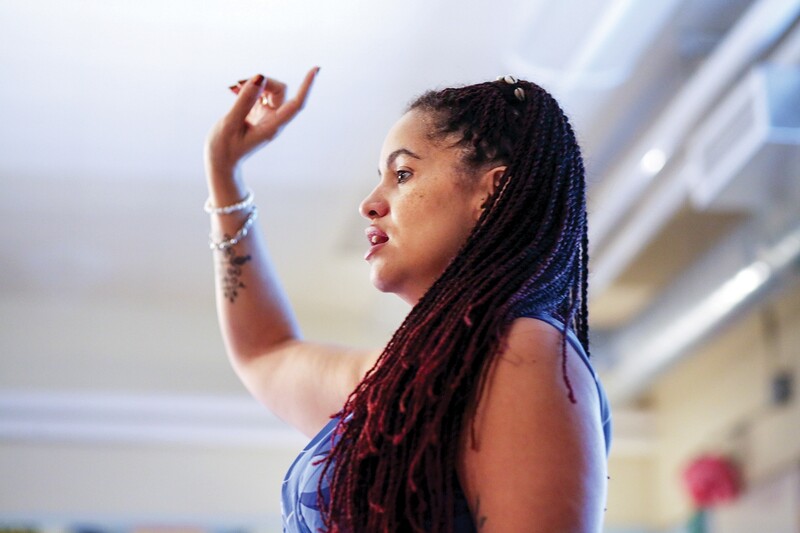 Through Senate Bill 13, ODE was directed to develop Native American curriculum which districts will then be required to implement. Lesson plans will be made available to teachers as early as October 2019, with implementation starting in January 2020. ODE has created 45 lessons for grades 4th, 8th, and 10th — and training will be available to help guide teachers in teaching Tribal History / Shared History. The legislation requires lesson plans across multiple areas of studies, including science, math, English language arts, PE/health, and social studies.

Before this new curriculum was developed, Oregon had been missing a critical opportunity to fully leverage the strengths, assets, and contributions our Native Americans bring to their communities. The lack of an accurate and complete curriculum may contribute to the persistent achievement and opportunity gaps between Native American students and other students.

Additionally, legislation required ODE to make resources available to the nine federally recognized tribes in Oregon to create individual, tribally-specific, place-based curriculum that Oregon teachers can embed into their classrooms. The state is fortunate that each of our nine tribal nations is developing their own curriculum which can supplement ODE’s required Tribal History / Shared History curriculum.

“We’ll have lessons on our native language for example, something that a group of elders kept going throughout the Grand Ronde history of being terminated and restored… and then we’ll also have lessons about the tribe’s current contributions, which is so important because it gives context. It shows that the tribes aren’t extinct, like the dinosaurs,” Jones says.

“Through professional development trainings, we hope to show teachers that they can embed this curriculum into what they’re already teaching,” says Jones. “So instead of thinking of it as adding another layer to their teaching, it’s there not to be added on top but instead to enhance what they’re already doing.”

“When I was going through elementary, middle and high school, we never learned about Oregon’s tribes. It wasn’t until I became an adult that I started learning more,” says Jones. “I recently had a daughter and I am really excited that she will grow up differently, and will be able to see herself in the classroom now. It won’t just be plain text book, it’s real life content.”

“I have a son and he earned his GED, but he really struggled,” says Morrill. “There’s a focus right now on our native and black students, because they are falling under our watch; they’re really struggling.”

One of the hopes with this new curriculum is to demonstrate that learning about tribal nations and Native Americans is important for all students. Each nation has a distinct origin story, worldview, and timeline of their history and contemporary context. However, much of that information has been presented to the general American public from a non-Native perspective, filled with clichés, misconceptions, and falsehoods. Additionally, it is a hope that Native American students will appreciate seeing themselves in the curriculum and thus be able to better connect to their education.

The creation of Tribal History / Shared History was possible through the contributions and expertise of tribal representatives, ODE staff, Native American educators, Education Northwest, and countless other partners.

Editors Note: This article has been reprinted with permission from www.myoregon.gov, the news service website of the State of Oregon. 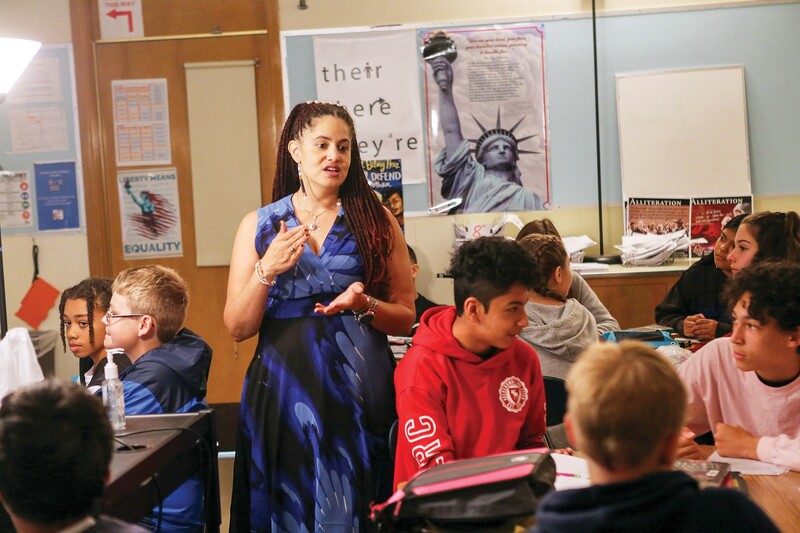 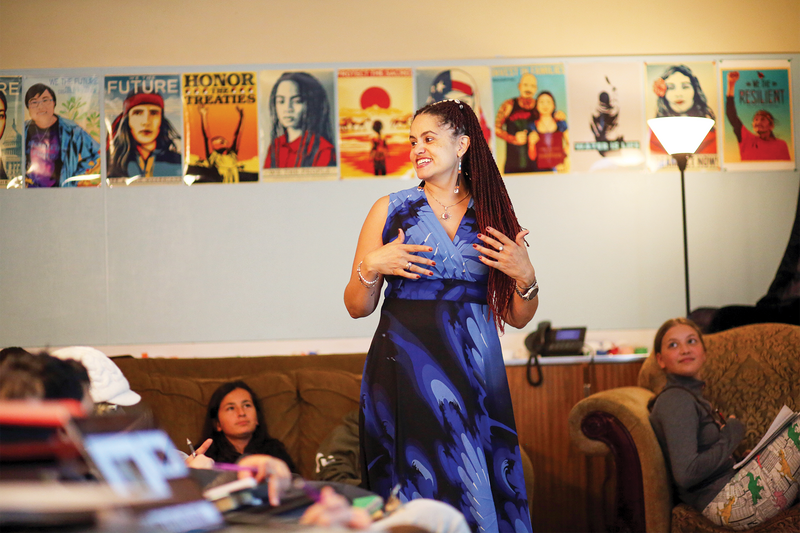 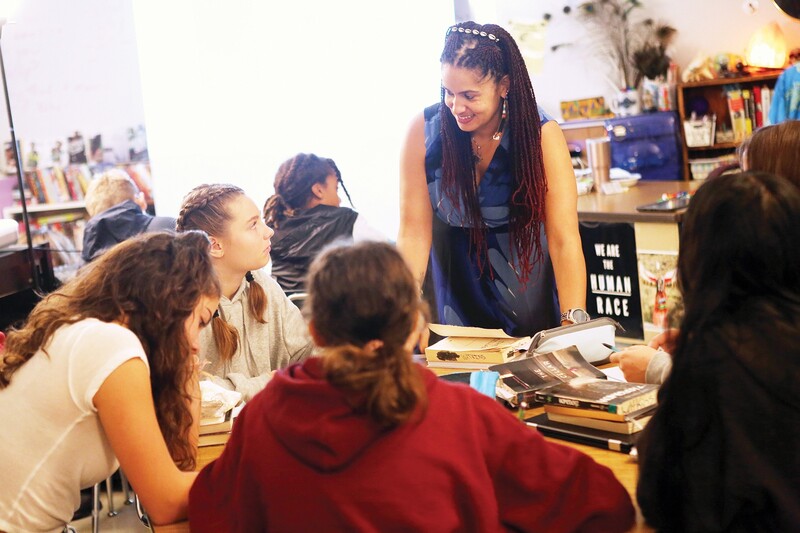