A “DeVostating” Month for Public Ed

On Feb. 7, advocates for public education watched in disbelief as Vice President Pence broke a tie vote to confirm betsy DeVos as Secretary of Education, ignoring the voices of millions of Americans who had cried out against her nomination. DeVos, who has been dubbed “dangerously unqualified to run our public schools” and is the primary force behind a failed and underperforming charter school system in Michigan, left even her supporters scratching their heads with her rambling answers at her Senate hearing. She said she was “confused” about the federal law for students with disabilities, the Individuals with Disabilities Education Act. She could not articulate the difference between student growth and student proficiency. She refused to commit to enforcing the rights of students with disabilities in voucher and charter schools. And she refused to pledge not to cut public school funding in order to fund vouchers. Her confirmation was a bitter blow to the millions of advocates who work in, attend and support public education.

While she may be our education secretary, she certainly does not have a mandate, and we’re so proud of the over 1.1 million emails, 80,000+ phone calls, thunderous rallies, and countless creative actions by NEA members across the country to oppose her. No other nominee has garnered the level of bipartisan public opposition as Betsy DeVos, and that's thanks to you.

Here are 6 things you can do right now to fight back in defense of public education. 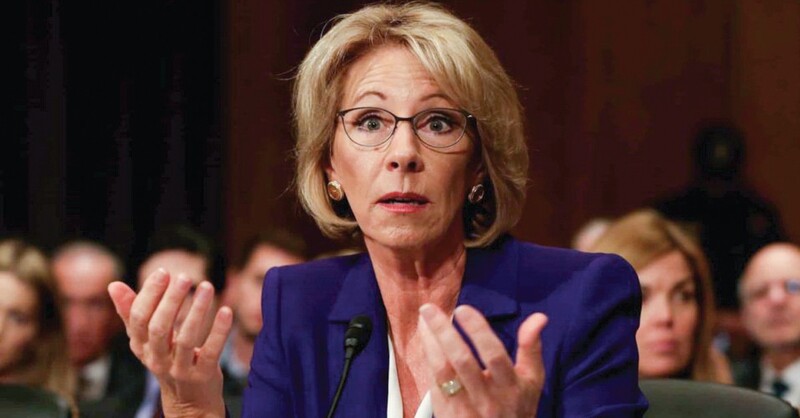 "Students, educators, parents, civil rights and special education advocates — along with millions of Americans — are speaking loud and clear: we are here to stay...we will protect public education. Every child — no matter what their zip-code, the color of their skin, or the money in their pockets — deserves a great public school.

— Hanna Vaandering, OEA President in response to the confirmation of Betsy DeVos