Educator Empowerment Grants are giving educators an opportunity to make significant impacts in their classrooms and communities. 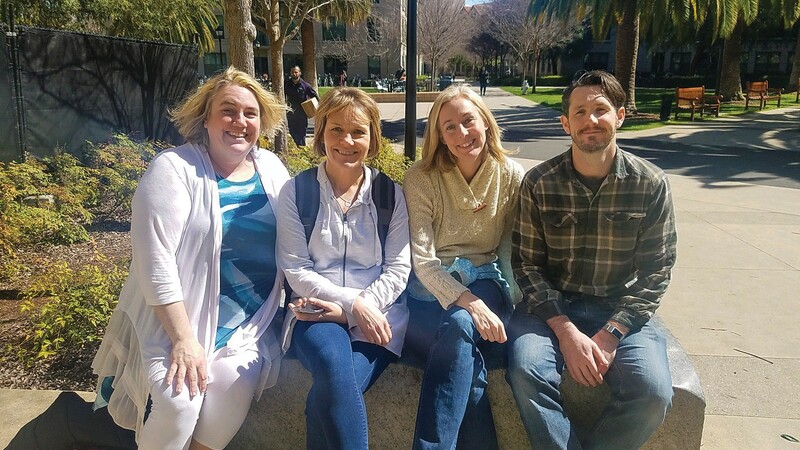 When Elizabeth Strausbaugh, a middle school math teacher from Sherwood, found out that the two middle schools in the district would be condensed into one by the 2020-21 school year, she sought out an opportunity to bring the math teams from both schools together to start building a bridge. “I was trying to find some sort of PD (professional development) that would be useful so we could all have some general vocabulary as we joined into one school,” she explains.

Strausbaugh had attended a professional development seminar given by a renowned mathematics education professor at Stanford University the previous year, which focused on helping students to rewire their negative mindsets about math. She had been so impacted by the wealth of skills and strategies she’d gained at the conference, she concluded that it would be highly beneficial for more math teachers from the two middle schools to access this training.

“I thought if we had more than one person going, we could really have some nice collaboration around the concepts and what they look like in both of our schools,” Strausbaugh says. Two teachers from each school were interested in attending, but the two-day seminar would be held at Stanford University in San Francisco, and the cost of attendance was nearly $1,000 per person.

She struck a deal with her district — they would cover the cost of one math teacher to attend the conference if she could secure funding for the other three, and the group would provide a one-day professional development training to the other middle school math teachers once they returned. Determined to create this opportunity to build a cohesive math department for the following school years, Strausbaugh began seeking ways to make it more financially accessible to herself and her colleagues.

"I feel really supported. I think it's amazing that these grants are available. That is a lot of cash to give one school district. It's just one more thing that the union does for us, and it's really great."

She had heard about OEA’s Educator Empowerment Grant through her local association and decided to reach out to the Center for Great Public Schools to find how out to apply. “Everyone I spoke to when I was submitting the grant was really helpful!” Strausbaugh says. The grant application was very straightforward, and with little in the way of logistics to plan, she was able to complete it in no time. Within a couple of months, she was notified that her application had been approved for funding. “I feel really supported. I think it’s amazing that these grants are available. That is a lot of cash to give one school district. It’s just one more thing that the union does for us, and it’s really great,” Strausbaugh says.

Since attending the conference last spring, Strausbaugh and her colleagues have implemented many of the concepts and strategies in their classrooms at both middle schools, and their goal of cultivating collaborative relationships ahead of their big merge has been successful. They are now preparing to present what they learned to their fellow math teachers this fall.

Gladstone School District’s Equity Council had long been looking for a way to provide meaningful opportunities for training around racial equity to staff. The method they had tried in the past ­— district-wide professional development days — had not proven to be successful in creating honest and authentic conversations about race and how it affects student learning outcomes.

Siri Carlson, an English teacher at Gladstone High School, has been a member of the Equity Council for the past three years. She says that moving toward a structured, small group format has made a huge difference in the way that educators in her district respond to the training. With the help of a local diversity and equity consultant, the council has begun offering more intimate training experiences that dive deeply into Oregon’s racial history and it’s relevance in our schools. Carlson was an early recipient of this training. “To see where our education system came from as a result of our history was really eye-opening for me. I wanted other people to be able to learn about it in a smaller group space to be able to discuss things authentically and openly.”

Because of its impressive impact, the Equity Council hopes to offer small group equity training to as many staff as possible. However, the training requires a two-day commitment, which means that the district incurs substitute costs with each group that attends. But Carlson did not want anyone to miss out on the opportunity to receive training. “Being able to have the consultant right there as a resource to help hash out the issues and get some honest answers is so much more impactful than any of the other professional development we’ve done around equity in the past,” she says. “It is our goal to get everyone in the district through this training.”

"It's worth your time to try for it. If there is anything that you have a vision for that you just don't have the money to go for, which is literally always the case in teaching and education, it's worth a couple of hours to write these grants."

Luckily, Carlson heard about the OEA Educator Empowerment Grant at a local union meeting. She saw the perfect solution to make equity training more accessible to members in her district.

One meeting with the Assistant Superintendent and a couple of hours hunkered down writing at a coffee shop later, Carlson had a winning grant proposal. The district was provided just over $5,000 to cover the cost of substitutes for the 12 educators who attended the training in May.

Though Carlson did not attend, she was able to speak to some of those who did at a recent union meeting. “They raved about how authentic they thought the discussions were. They liked the small group format because it really allowed them to dig into issues and have the time and space that as educators, we never have,” she says.

She also thinks it was a great way to show OEA members that their union supports them in the work they do. “They got to see something tangible that our union is providing to us. Our dues are going toward things like this,” Carlson says.

And to those who might be intimidated by the work involved in writing a grant proposal, Carlson has this to say: “It’s worth your time to try for it. If there is anything that you have a vision for that you just don’t have the money to go for, which is literally always the case in teaching and education, it’s worth a couple of hours to write these grants.”

With over 65 new hires this school year, many of them new to the teaching profession, Lake Oswego Education Association President David Finkelman knew he needed a way to make meaningful connections with his newest members.

As a local leader, Finkelman had heard about the OEA Educator Empowerment Grant through several avenues, but he finally had found the perfect application for it in his own local. With the help of some OEA staff, he planned a new member mixer event for the week before Spring Break. “The goal of this event was to give new members a stronger understanding of the work of the Association, the ins and outs of working in our particular district, opportunities to discuss how their new job is going, to learn how the association provides support, and to provide contract education,” Finkelman says.

After receiving notice that his grant had been selected for funding, he worked with other leaders in his local and OEA staff to coordinate the logistics of the event. He decided to host it at the OEA headquarters, which he says was a wonderful way to make the connection to their union. “It gave them a chance to meet Robert, our UniServ rep, who most members don’t meet. Being able to put names with faces makes them more comfortable if they do have to reach out to someone in the union.”

Though the turnout was lower than expected, Finkelman says it was worth it for those who did attend. “I think the people that attended really appreciated it. They didn’t know some of the things that we do as a union, and there were pieces of the contract that they didn’t understand that they were able to walk away with better knowledge,” he says, “I saw that people were really happy to be able to get a better understanding of the contract, and to know that we have a contract maintenance chair who really does know it well.”

Even those who did not attend the event this spring were appreciative that their union had taken the time to reach out to them and check in. Finkelman hopes to offer new member events before Winter Break each school year, so that new educators have the opportunity to make connections with trusted and respected members of their school communities. “Ultimately, we want our new members to be as successful as possible and stay in the profession and our district.”